This week we are taking a look at the smoke limits for Diesel vehicles.

We will also be taking a look at the Euro emissions for Diesel and Petrol cars.

The smoke limit will be:
– The level specified on the manufacturer’s plate if lower
– 1.5m-1

Vehicles first used on or after 1st January 2014

The smoke limit will be:
– The level specified on the manufacturer’s plate if lower
– 0.7m-1

The manufacturer’s plate means either the VIN plate or a separate plate or sticker, which is likely to be within the engine compartment. The plate or sticker may be marked 24 R followed by a number to indicate the smoke limit (such as 0.24 in the example below). It’s usually displayed in a box and often positioned in the bottom right corner of the VIN plate.

Now that you’re all clued up on Diesel Emissions, check out our informative guide on Hybrid, Electric and Fuel Cell Systems to brush up on everything you need to be aware of when inspecting alternative fuel vehicles.

Need to talk to a human for more information? Lines open Mon-Fri 9-5 on: 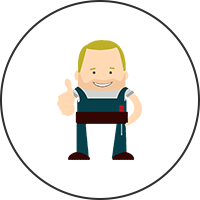 No credit card required. See for yourself why over 10,000 people choose MOT Juice.