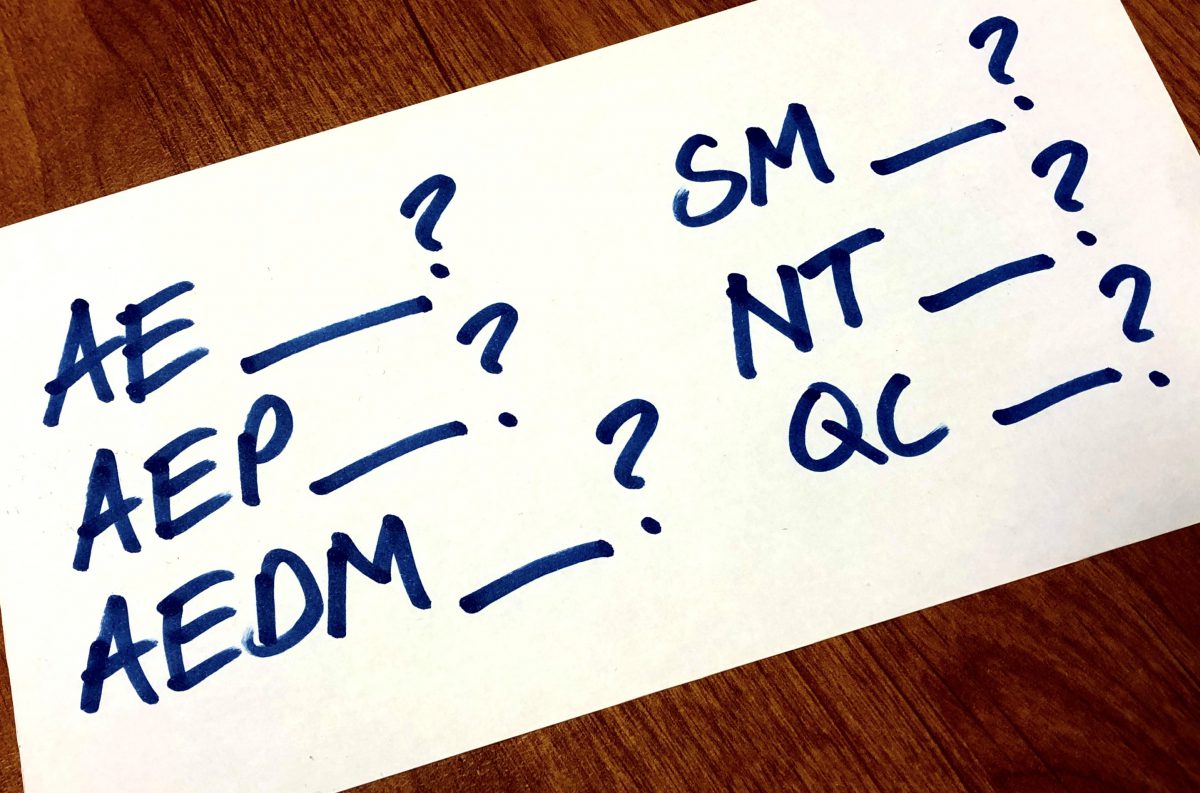 MOT Manager roles are clearly defined by the DVSA. Do you know what they all are?

For a site to be authorised to test the Authorised Examiner (AE) must appoint individuals to certain MOT Manager roles .  These roles define the individuals responsibilities to the MOT Service.

You must have these roles appointed and you and the individuals must understand the responsibilities that go with them.

The following roles must be appointed on the MTS because it must be clear to the DVSA to whom the roles have be assigned. You can’t just say someone has the role.

Authorised Examiner Principals (AEPs) are legally responsible for the entity. Every partner in a partnership; every director in a company or the Sole Trader in person must complete and submit separate AEP personal details using a VT01.

This usually catches most people out especially at the biggest companies and in partnerships with non-operational partners.

In the case of a:

To be fair everyone knows this one.

The AE Designated Manager is the person who represents the AE and who has normally attended the MOT Management Course. Typically, an AE Principal but in larger organisations may be a senior manager with responsibility for the totality of the entity’s MOT testing operations.

Really and honestly everyone knows this role needs to be appointed too.

Every new AE is required to have at least one person, the Tester, who has achieved a Level 2 Award in MOT Testing or previous equivalent DVSA MOT Testers course, before authorisation to test is granted.

An AE may consider removing a Tester from the list of testers at any of the VTS(s) within their Authorisation to cover periods of extended absence. E.g. prolonged illness. This should be considered for periods in excess of 3 weeks. At the end of the period of absence the AE can reinstate the Tester to the list of testers

When the DVSA say ‘may’, really they mean ‘you should’.

What about the next one.  You may have someone you call the Site Manager but they must be officially appointed on the MTS

This is the role responsible for the day to day running of one or more VTSs. The SM can carry out VTS management, and non-testing functions e.g. assign users within a VTS. Normally there will be only one SM per VTS, however, in some cases there may be a requirement to have more than one SM listed against a VTS. Many smaller single site AEs may well choose to assign the SM role to the AEDM, larger single site businesses may allocate it to another manager or supervisor. The decision on how many SM roles are needed and to whom they are given is left to the AEDM based on how the business is run.

The DVSA are looking to have a day to day manager on site who is actually on site. They must also be hands on with running the VTS.  This is not a role to be appointed to an individual that is not on site on a day to day basis.  In addition you will need to appoint more that one to cover holidays and absences even if on a temporary basis.

An AE must implement an adequate system of quality management. A QC may be designated from the list of testers at the site or use a Third Party. They  must hold a Level 2 qualification in MOT Testing or equivalent for the appropriate class and comply with the requirements for annual training and assessments. It is possible A QC may hold other MOT roles as well.

You must appoint a QC. This role could be appointed to a person outside of your organisation but will probably be your senior tester.  The DVSA say that any tester can QC Check any other tester. However, it is still the case that this role must be appointed to someone on the MTS.

You must make sure you appoint the MOT Manager roles as above and register the individual to the roles on the MTS. You cannot just hand these roles out without creating an official record.

We see too many instances where this basic initial set up has not been done and it is inviting the DVSA to issue a rebuke. This is bear trap one.

When not trying to tear the chicken strips off his Ducati’s tyres, Sean can be found coordinating the production of our training and CPD, keeping tabs on the finances, writing content for our blogs, guiding our marketing efforts and working with the team to plan out future development and evolution of MOT Juice. View all posts by seanthemac